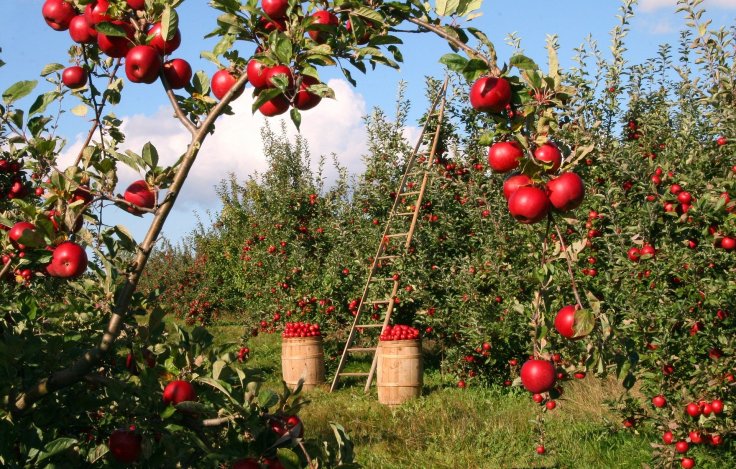 Last week I spoke about those in the Body of Christ who are purifying themselves and are being purified in this hour, in order for them to be able to carry the coming glory in this last age. I quoted a parable about the 11th hour, which I would like to delve more into in this post. The parable was:

Labourers in the Vineyard

“For the kingdom of heaven is like the owner of an estate who went out in the morning at dawn to hire workmen for his vineyard. When he had agreed with the labourers for a denarius for the day, he sent them into his vineyard. And he went out about the third hour (9:00 a.m.) and saw others standing idle in the market place; and he said to them, ‘You also go into the vineyard, and I will pay you whatever is right (an appropriate wage).’ And they went. He went out about the sixth hour (noon) and the ninth hour (3:00 p.m.), and did the same thing. And about the eleventh hour (5:00 p.m.) he went out and found others standing around, and he said to them, ‘Why have you been standing here idle all day?’ They answered him, ‘Because no one hired us.’ He told them, ‘You go into the vineyard also.’

“When evening came, the owner of the vineyard said to his manager, ‘Call the workers and pay them their wages, beginning with the last [to be hired] and ending with the first [to be hired].’ Those who had been hired at the eleventh hour (5:00 p.m.) came and received a denarius each [a day’s wage]. Now when the first [to be hired] came, they thought they would get more; but each of them also received a denarius. When they received it, they protested and grumbled at the owner of the estate, saying, ‘These men who came last worked [only] one hour, and yet you have made them equal [in wages] to us who have carried [most of] the burden and [worked in] the scorching heat of the day.’ But the owner of the estate replied to one of them, ‘Friend, I am doing you no injustice. Did you not agree with me for a denarius? Take what belongs to you and go, but I choose to give to this last man [hired] the same as I give to you. Am I not lawfully permitted to do what I choose with what is mine? Or is your eye envious because I am generous?’ So those who are last [in this world] shall be first [in the world to come], and those who are first, last.”

In a vision on the 08.01.19, I was walking in the Lord’s orchard. The trees were tall and they were full of fruit. I picked an apple from one of the lowest branches as I walked between two rows of trees. Suddenly, a HUGE apple came rolling down the path I was walking. The apple was bigger than the size of a normal man. I put my hands out to stop the apple before it ran me over. Not long after, other apples as big as the first one came rolling along the path. They started to pile up behind the first one. I bypassed them and quickly walked in the direction of where they had come from. In the middle of the orchard was a pavilion and standing in the pavilion was a man. He was big for his size, bigger than an average man here on earth. I approached the pavilion, he came down the steps and started to speak to me.

He introduced himself to me as the keeper of the Lord’s orchard. Then he started to talk to me about a great harvest that was coming upon the earth and how many harvesters would be needed for it. I understood that this great harvest was symbolised by the big apples I had just seen. As we walked amongst the trees, he told me how even the angels will be involved in harvesting. As he said this, I saw angels come in big trucks, and they were loading the huge apples onto the trucks to transport them away. I asked the keeper where the apples were being taken, he answered me that they would be used for the feast in heaven.

Jesus gave them another parable [to consider], saying, “The kingdom of heaven is like a man who sowed good seed in his field. But while his men were sleeping, his enemy came and sowed weeds [resembling wheat] among the wheat, and went away. So when the plants sprouted and formed grain, the weeds appeared also. The servants of the owner came to him and said, ‘Sir, did you not sow good seed in your field? Then how does it have weeds in it?’ He replied to them, ‘An enemy has done this.’ The servants asked him, ‘Then do you want us to go and pull them out?’ But he said, ‘No; because as you pull out the weeds, you may uproot the wheat with them. Let them grow together until the harvest; and at harvest time I will tell the reapers, “First gather the weeds and tie them in bundles to be burned; but gather the wheat into my barn.”’”

Then He left the crowds and went into the house. And His disciples came to Him saying, “Explain [clearly] to us the parable of the weeds in the field.” He answered, “The one who sows the good seed is the Son of Man, and the field is the world; and [as for] the good seed, these are the sons of the kingdom; and the weeds are the sons of the evil one; and the enemy who sowed them is the devil, and the harvest is the end of the age; and the reapers are angels. So just as the weeds are gathered up and burned in the fire, so will it be at the end of the age. The Son of Man will send out His angels, and they will gather out of His kingdom all things that offend [those things by which people are led into sin], and all who practice evil [leading others into sin], and will throw them into the furnace of fire; in that place there will be weeping [over sorrow and pain] and grinding of teeth [over distress and anger]. Then the righteous [those who seek the will of God] will shine forth [radiating the new life] like the sun in the kingdom of their Father. He who has ears [to hear], let him hear and heed My words.

In his book, Angels that Gather, Paul Keith Davis writes:

The final harvest is the consummation of the ages in which reapers, or angels, will be released to co-labour with us in the fields of humanity. Not only will the wheat be gathered into the barns, but the darnel will be gathered to be burned. For this unique day in human history and closure of the age, the Lord promised to send specially prepared gathering angels to cooperate in this responsibility.

So we understand that in this last age, we will be co-labouring with angels to bring in the harvest.

When I came out of my vision, I felt a sense of urgency in my spirit. I felt like we are in the 11th hour, and WE ARE the 11th hour harvesters. Just recently I saw a video about an American preacher, Francis Chan, who was on holiday in Asia. During his time there, he noticed how so many people there had never heard the Gospel. It had such a huge impact on him, that him and his wife decided to leave America with their family, and go preach the Gospel in Asia. I believe more and more people are going to be touched by a holy compassion, a holy sense of urgency and an anointing to preach the Gospel. Even those who say, preaching or evangelising is not my gift, even those will be seen on the streets bringing in the harvest. The Lord is awakening many in this hour with a sense of urgency for the harvest. Time is short. We are the 11th hour harvesters. Prepare yourself, prepare your churches, and prepare your facilities…prepare the stadiums.

This site uses Akismet to reduce spam. Learn how your comment data is processed.