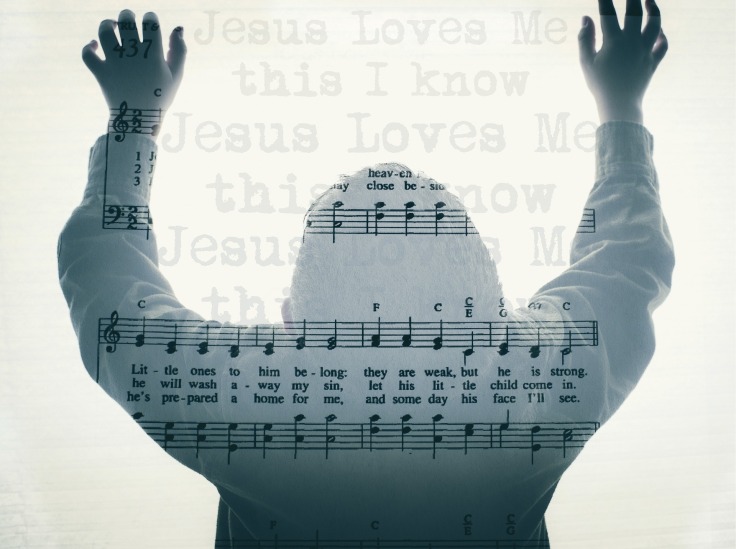 King David was not only a prophet, he was also called Israel’s sweet psalmist ( 2 Sam 23:1). Under his prophetic anointing, he wrote prophetic songs of worship which we find mostly (but not only) in the book of Psalms. Once the Ark was brought back to Jerusalem and placed in the tabernacle that David had prepared, David established regular worship before the Ark ( 1 Chronicles 16: 37-43).

Fast forward in time; in his old age, before Solomon took over as king, David made preparations for the temple. He gathered together all the leaders of Israel with the priests and Levites and separated them into groups according to how they would serve in the temple. He chose those who would be musicians, gatekeepers, treasurers and other duties. Below we read about his selection of musicians. What is profound is that he chose seer prophets to lead the worship in the temple. In the verse below, it is written that the minstrels would prophesy with instruments. Asaph, Heman and Jeduthun had already been chosen before to minister musically before the Ark. In the following passages they are mentioned again. We are specifically told that Heman was a seer. Heman authored Psalms 88.

Moreover David and the captains of the army separated for the service some of the sons of Asaph, of Heman, and of Jeduthun, who should prophesy with harps, stringed instruments, and cymbals. And the number of the skilled men performing their service was:  Of the sons of Asaph: Zaccur, Joseph, Nethaniah, and Asharelah; the sons of Asaph were under the direction of Asaph, who prophesied according to the order of the king.  Of Jeduthun, the sons of Jeduthun: Gedaliah, Zeri,Jeshaiah, Shimei, Hashabiah, and Mattithiah, six, under the direction of their father Jeduthun, who prophesied with a harp to give thanks and to praise the Lord.  Of Heman, the sons of Heman: Bukkiah, Mattaniah, Uzziel, Shebuel, Jerimoth, Hananiah, Hanani, Eliathah, Giddalti, Romamti-Ezer, Joshbekashah, Mallothi, Hothir, and Mahazioth.  All these were the sons of Heman the king’s seer in the words of God, to exalt his horn. For God gave Heman fourteen sons and three daughters.

All these were under the direction of their father for the music in the house of the Lord, with cymbals, stringed instruments, and harps, for the service of the house of God. Asaph, Jeduthun, and Heman were under the authority of the king. So the number of them, with their brethren who were instructed in the songs of the Lord, all who were skillful, was two hundred and eighty-eight.

Asaph was a psalmist who wrote Psalms 50 and Psalms 73-83. He also worked in King David’s court as a seer.

2 Chronicles 29: 30
Moreover King Hezekiah and the leaders commanded the Levites to sing praise to the Lord with the words of David and of Asaph the seer. So they sang praises with gladness, and they bowed their heads and worshiped.

Jeduthun was also chosen to minister in prophetic worship under King David. Here we see that he too was a seer.

Isn’t it astounding how David purposefully placed prophetic seers in charge of worship in the temple? Here is another verse which talks about prophetic musical ministry.

1 Samuel 10: 5, 6
After that you shall come to the hill of God where the Philistine garrison is. And it will happen, when you have come there to the city, that you will meet a group of prophets coming down from the high place with a stringed instrument, a tambourine, a flute, and a harp before them; and they will be prophesying. Then the Spirit of the Lord will come upon you, and you will prophesy with them and be turned into another man.

Modern day prophetic psalmist and minstrels can be found in worship teams at local churches. When they minister, the Holy Spirit manifest Himself as the assembly worships God in spirit and in truth. Anointed worship leaders lead people into this type of worship, where the Holy Spirit is engaged, people break out and sing in tongues, visions and revelations are released, spontaneous healings and deliverances occur. We need to give room for this in our local services, just as David did.

3 thoughts on “Prophetic Minstrels and Psalmist”